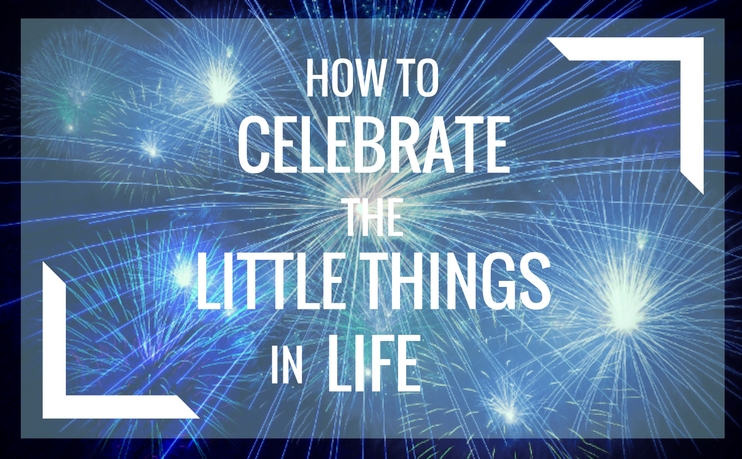 I tried splitting larger goal into smaller ones, and add a reward item for those. E.g., if I wanted to be able to run 10km, I would set a smaller goal at 1km, 2km, all they way up to 10km. There are, however, three problems with this approach.

1) You have to figure out and list all smaller goals

Figuring out all the smaller goals is somewhat easy for goals that are easily measured, but what about the goal Being friendly towards all people. A kind act could be anything from a smile, calling a friend, helping a lost person. There’s no possible way to list all of those.

Of course, you could rephrase it to Do five kind acts towards people every day. But I never found such generic goals inspiring to celebrate—even though they often are very inspiring as a goal.

If we take the example of Do five kind acts towards people every day; the fifth time I get that reward, it won’t feel like a reward. Especially not after the twentieth time.

But taking a simple goal as being able to run 10km. Then I have to come up with ten different and unique rewards. Rewards that I want. That isn’t easy, trust me.

3) You must only take the reward when completing a goal

I used to have buy ice cream as a reward quite often because I love ice cream. But I often bought ice cream when I wanted to have some ice cream, regardless if I had something to celebrate or not. I’ve never regretted it, although it sometimes felt like I cheated the system.

The problem lies with having fixed goals and fixed rewards. The solution came to me after plowing through tons of videos with Tony Robbins on YouTube. At the end of one video, Tony mentioned how he celebrates the little things in life. Or rather he only got to say something in the lines of “I celebrate by writing down the little things I accomplish in a book,” then the video cut off. xD

After a lot of frustrating moments and head-scratching, I think I figured out how Tony used it.

I had it all wrong. I don’t need any smaller goals and rewards. It’s enough to write what’s worth celebrating, either at the end of the day or when I notice something worth celebrating. I found that this way to celebrate by the act of writing it down is immensely more rewarding than any of the physical or social rewards I’ve given myself in the past.

The format makes it easy to write something like “I just figured out how to celebrate.” It’s also fun to scroll through the list and see what I’ve written on other days. And I can also see how much I have to celebrate for because I keep count of the number of things I’ve celebrated. 🙂

The reward I get is to write what’s worth celebrating into the document. It makes me happier, it’s fun, and it beats every physical or social reward I have previously given myself. And as mentioned, there is also the reward of occasionally reading through previous celebration texts, and how much I have to celebrate for in the past.

The only problem I have at the moment is that I used it a lot the first month, even when I hadn’t anchored it to any routine. For now, I’ll work on anchoring it to my just-before-I-get-into-bed routine.

But I’m also working on a celebration app (Celebratorica) for Android. The idea is that this app will replace my current document when it’s finished. It’s a simple app, with just the ability to add items to a list. Version 2.0 will include a reminder at the end of the day to fill in something that’s worth celebrating. And the ability to create multiple lists so you can create a grateful list.

If you want to get notified when the app is released, you can subscribe to my mailing list below. Version 1.1 will be released in the beginning of April.

What little thing can you celebrate today?

What have you done, or what has happened to you that you’re extra proud of? Write it down either in a document or even better, a post-it and put it on your refrigerator. I’d love to hear what you can celebrate today, so please comment below 🙂