Lately, I’ve been on the lookout for yet another todo list system or a way to improve my existing. Today I think I’ve found one that works for me, a gamified version of my todo wall system.

Why does every todo system fail?

A typical pattern for all my todo systems is that I stop using them after a while. It can take everywhere from just a few days to several months before I stop using it. The picture above shows my old todo system; it has lasted for over a decade now, but I’ve improved it throughout the years. The one flaw it has is that I always stop using it after a few months.

So how come all the systems fail? To be honest, I lack intrinsic motivation; A todo system, however great it might be, can only do so much to help me take action. After a while, I see through the system, and I stop using it.

To improve the todo system, I tried several others that others have developed. I’ve used regular lists, but these are way too simple for me, at least if I want to have a way of prioritizing different areas of my life. I’ve tried a few gamification apps (Habitica that works more like an RPG, and Do It Now! where you can “see” your skills increase in points). Both of them worked well (for a time). But I don’t really gain anything, and I dislike that you can’t see the progress you’ve made. Well, you do but mostly only as an increment of a number (and a few other non-inspiring things). I’d love to see something build up over a more extended period (more on this further into the post). I’ve also noticed that I do prefer tactile and visible systems, i.e., I don’t have to open up an app or a site to update my list. I like to see the list from where I work and to be able to walk over to it to get an overview of everything in my life.

What does our current system lack?

Let’s say we don’t have any intrinsic motivation but would still want to work on our goals. Or better put, is there any way we can improve the system to make it more fun to use? I use the word fun as that’s one of the things I value the most. You can choose another word that fits better.

To find what my system lacks, I’d go through every other system I’ve used, and identify what I liked and disliked about them. It doesn’t have to be a lengthy process, a few minutes of thinking and maybe writing what you liked or disliked about the systems you’ve tried will give you a good idea of what works for you. For example, here’s my list.

One obstacle with my old system was that it was very rigid and didn’t allow for spontaneity; that is, I had a hard time following spurts of inspiration as I had to do the tasks in order. So for this time, I decided only to use three columns (see image below). I now only put things that I really have to do in the ‘Day’ column (none or very few), and the rest goes in ‘All’. That way, I can pick whatever I feel most inspired to do, and I do actually like this system more (at the moment). But that might not always be the case; I might go back to a more rigid system later depending on the situation.

But the biggest obstacle I’ve had is to gamify the system. I’ve tried adding a point system that I use as a currency to buy time to play games, watch series, or eat snacks. But using points as a currency have seldom worked. I’ve tried this before both on my wall system and in the Habitica and Do It Now apps. It always ends with that I don’t see any reasons why I should accumulate more points. Or on a few occasions when I’ve had a bad day, I used up all my saved points and went into the negative, or even cheated and decided that I don’t need to use points on bad days. That currency addition simply isn’t worth enough for me.

However, I an idea several years ago when I tried Do It Now; it would be awesome if your progress would be visible in another way than just a number. Like a town that would get larger and larger the more skill you acquired. That idea, while not perfect, has stuck with me since then. I just didn’t know how I could represent it in a better way, until today during my meditation session. Or to be accurate, I thought of using Lego yesterday on one of my walks (another proof of why doing a daily 30-minute walk is beneficial), but I didn’t know how to combine it with a todo system.

For you, there’s probably something else that you feel your current system is missing. Just keep on looking and thinking, one day the answer will come to you as long as you’re actively looking for it 🙂

Use Lego to visualize progress

I came up with Lego because it’s very tactile (which I like), it’s simple to see progress because you continuously build on whatever it is you’re making. The only obstacle was tying together the Lego bricks with my current system.

Which in the end wasn’t that hard. I decided to use a point system again, but without having to buy “free time” and “snacks” with my earned points. Instead, every point I gain converts to a piece with one ‘bulging’ part. I don’t know how to describe it with words, so here’s an image instead.

But instead of using regular Lego, I’m using Lego Technic as I have lots of Technic pieces from my childhood. Some of the pieces are more difficult to count, but I have a system for that. And instead of building a house, I’ll start with a simple car and then upgrading it into a more and more awesome car as I gain more points. Here’s the progress I’ve made in three days since I started. 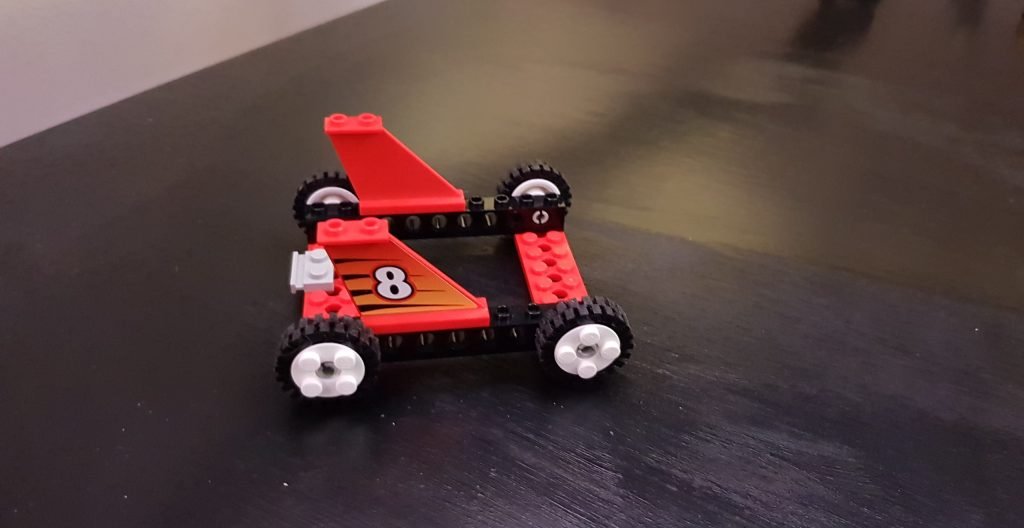 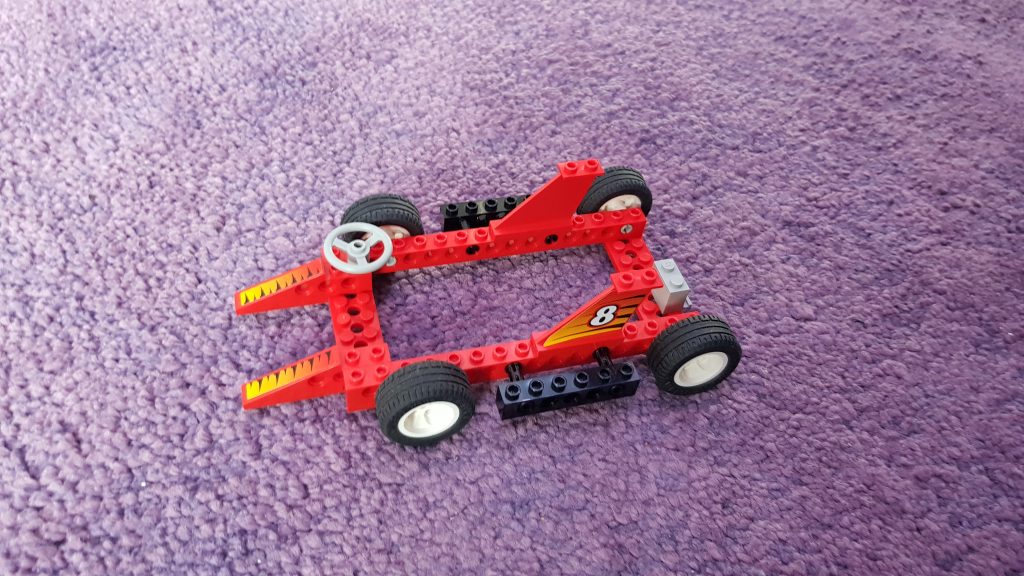 Building a car works wonders for me. I loved Lego as a child, and I still love cars, and I do love building awesome cars in Lego. For you, it might be something else than Lego. It can be cross-stitching where every stitch is one point. Or you can build something in Minecraft, where each block is one point. Or perhaps you can fill in one box in a coloring book.

How will you improve your todo system?

Feel free to share your current todo system in the comments, and how you might improve it 🙂

P.S. Writing this post was worth 20 points, plus 10 points for editing and creating a header image.