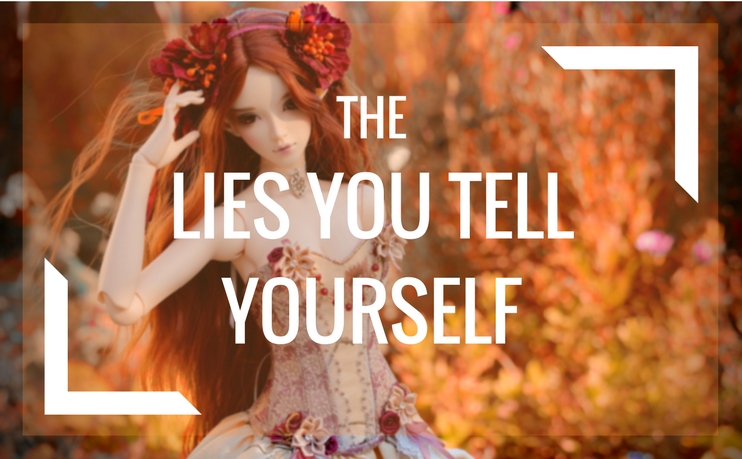 I had to change my whole wardrobe and looks to get rid of those thoughts. I always thought you had to start with your inner self first to become comfortable with how you look. But going to a stylist—changing my whole appearance—worked wonders. Before going to the stylist I bought random clothes, as I didn’t know what looked good on me. She helped me find the clothes that matched me. But more importantly; clothes I felt comfortable in and a style that resonate with me. I got a haircut that’s easy to maintain. And a new pair of awesome glasses.

If you live in Sweden and near Malmö and want a total makeover, check out Jonna’s site at http://stylingyou.se.

To give you some perspective of how I looked before and after.

Now I can say I look good in those old pictures. A lot better than I felt I did. So sometimes it pays to work on your outer game to gain confidence and then start accepting yourself. So I understand all the people that want to change their bodies. But there’s also one difference.

I asked and got honest feedback that I needed to fix my appearance if I wanted to be successful. What I assume they meant was that I need clothes that fit me and that I feel comfortable in. I.e. I need to be proud of how I look.

But if you already gets lots of honest feedback that you look great, from multiple sources. Then fixing that one thing might not be what you need to work on. I say might, because only you know. If you listen to your inner voice you’ll know if that’s one of the lies you tell yourself, or if it’s something you want.

The lies you tell yourself

From looks to something entirely different. Recently I found another lie I told myself. I believed that I was sexually inexperienced.

But I can’t say that I’m sexually inexperienced. Because I’ve tried quite a lot—more than the average Joe I’m sure. And I’m not afraid of buying online courses and learning new techniques. How many percents of the population has googled on how to become better at sex, in one way or another? I get the vibe that it’s a taboo to take courses on sex in society. But I might be wrong? I welcome courses of all kinds. I want to learn and become better at sex. To please the partner I’m with and co-create an awesome experience. Who doesn’t want that?

It feels like I’m going off on a tangent all the time in this. Because I wanted to talk about something different. I find it interesting that I’ve told myself I’m sexually inexperienced. Even though it has been at least one and a half years since I crossed that line. That got me thinking. Maybe every one of us has beliefs that are outdated—lies you tell yourself. I would love to find a way to identify these outdated beliefs.

And I found one way…

In The Importance of Examining Your Beliefs, Martin writes that you can use the sentences below to help you find your beliefs.

In hindsight, this seems rather obvious to me. Filling out as many sentences as you can show you all beliefs: positive, negative, limiting, outdated, current, etc. Note that outdated beliefs can be positive. For example, if you’ve been fit your entire life you might see yourself as fit. While in reality, you aren’t fit any longer. This can be seen as a limiting belief: You don’t have to exercise because you’ve always been fit without exercising.

I found this sentence to be easier to fill in for this exercise.

After doing the exercise above I found some additional limiting lies about myself.

What does it mean to do shy? According to thesaurus.com

nervous or timid in the company of other people

I’m not normally nervous or timid around people. I can be nervous if I want to talk to other people, though. But listening in and just being with people is pleasant. So most of the time I’m not shy, although it can look like it for an onlooker.

I don’t know how to have a conversation

I believe that I have a hard time to converse with people. But that’s not entirely true. If it’s something I’m passionate about I find it easy to converse. I’m also good at being curious. I.e. when I decide I want to be genuinely curious; which doesn’t happen if I don’t have the energy. I like listening to other people so it shouldn’t be hard to cultivate this behavior. But at the same time, it takes energy to listen actively to the conversation.

What I’d like is that listening and responding actively will become automatic. That I don’t have to think what I’m going to say or ask next. And sure that happens when I’m genuinely interested. Hmm… I’m going in circles now

I have a hard time to converse with women

This ties into the previous lie. But I don’t think this is truer than the previous one. It might just be that I want to be more interesting when I talk to women. Thus those occasions tend to be in the spotlight of my mind. But it might also be that I try to hard. I’m not sure.

I think that no one cares what I have to say

I often don’t speak up at gatherings of three people or more (including me), because I think people don’t care what I have to say. That what I say will not be of value to the group. So I only share things when I’m almost certain what I say will provide value to the group. I even have a hard time noticing this is a lie logically. But I appreciate when people share their thoughts. So people would appreciate when I share mine too, wouldn’t they?

I’ve had this belief since the end of pre-school, and it continued to be reinforced all the way up to high school and college. Nowadays it rarely gets reinforced, but it still happens every now and then. But not because it’s true, or even has been true. It’s only because I view everything from my distorted perspective.

Just because a girl I had a crush on didn’t kiss me on the cheek when we played truth or dare in 4th grade doesn’t mean that she disliked me. Even though I remember one had a face of disgust once. But that doesn’t mean anything. I don’t like everyone. And I wouldn’t have wanted to kiss every girl in class. They might’ve just been disappointed they didn’t pair up with the one they liked. The rest who wasn’t disgusted might’ve been too shy. I certainly would’ve been. And I think I was.

So the lie isn’t true. I viewed everything from my lens which enlarged every negative experience and reinforced the belief. I looked for every clue that could reinforce the lie and abandoned all clues or facts that didn’t support my lie. If I do that, it’s no wonder I have a distorted view of reality.

Removing the lie with the Lefkoe Method

When you’ve identified the lies you want to remove them. Sometimes it’s easy, sometimes it’s not. Duh… Matteus logic makes perfect sense. Logic doesn’t work most of the time on me. I still feel sexually inexperienced, albeit less than before.

From my own and my friends’ experience, we’ve found that for the free videos you need rewatch the video a couple of times before the limiting. This is probably due to the fact that we don’t get any constructive feedback and don’t do the exercise correctly. If you do a one-on-one coaching session with them, it should probably only take 20 minutes.

Still, I recommend trying to remove a limiting belief for free here. I didn’t think it would work, but I noticed a difference after just 20 minutes. So it definitely works on skeptics too. Follow the exercises exactly as they tell you, even if you think it’s stupid. I initially thought they were stupid, but I now better now. And most importantly: If it works, it works. 🙂

The lies you tell yourself?

Please tell me what lies you’re telling yourself. You can either comment below or send me an email through the contact form. 🙂