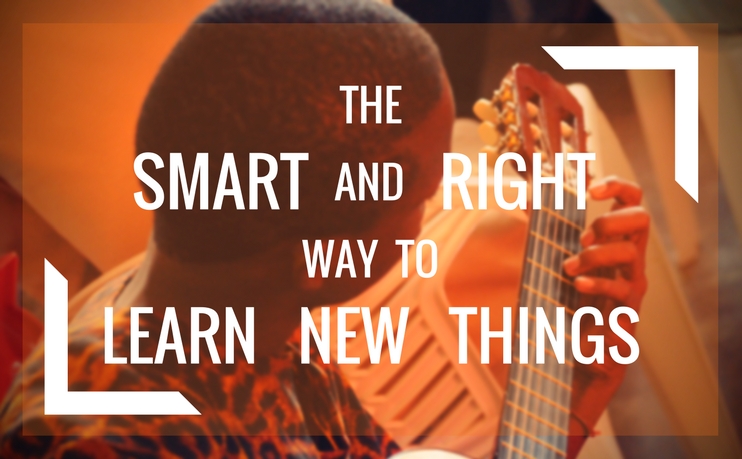 Ok, that’s not entirely true; there are a lot of smart ways to learn new things. This article doesn’t cover the only right way.

The problem I have with learning is that skip parts that I find difficult instead of tackling them. But what’s even more common, is that I want to progress in the perfect order, even if I’m qualified to jump over the “beginner tutorial.”

Trying to be (or get) perfect will hinder you

When I want to learn something new or when I practice a piano piece I often want to do that as efficiently as possible, but I also want to learn it “the right way.”

But there’s a problem with trying to learn things “the right way.” What ends up happening is that early on decide on the method I will use to learn or to practice. Often it’s an educated guess so it might be close to the right way. The problem is that I stick with that approach for a long long time, even after it’s effectiveness has decreased. You could say that I have a mild case of OCD 🙂

I think it’s easier for you to see what I mean through real-life examples from my life.

A more effective way would be to identify the exercises I found difficult, and then do those. And maybe throw in a few simple exercises to repeat what I have learned.

Even though repetition is good, I still get to practice those easy programming exercises when doing challenging ones.

A couple of years back when I wanted to improve my piano technique, I used the Hanon exercises—known exercises for more advanced piano players. The goal of the Hanon exercises is to develop an equal accuracy and dexterity in all fingers for both hands. I won’t go into the details if they are the most effective way, but I like them, they are my way of practicing.

I won’t go into the details on how I approach the exercises because it’s very technical, hard to understand. Instead, I’ll use a metaphor for learning math again. But if you need to know my approach, I’ll leave it as an appendix at the end.

So if I were to learn math using this method, I would do something like this.

Let’s say you divide learning math into several categories (addition, subtraction, multiplication). Each category has 50 difficulty levels, and each level has 100 random exercises.

As mentioned in the previous example it would be good to see where you’re skill is at the moment and go to that level. But I started from level 1, again.

Then I set a restriction for myself—which I thought was the right way; to progress to level 2 I had to complete level 1 AND level 2 AND level 1 again flawlessly meaning no mistakes or wrong answers.

As you can presume, this makes it extremely demanding to progress to the next level. Thus I might be stuck on lower levels when I should practice on higher levels.

If we return to the piano exercise; after a few years of break from playing the piano, I began the exercises again. This time, however, I didn’t set that stupid restriction on myself. Lo, and behold, it only took one month to get as good as it previously took six months to get.

Today, I try to switch my learning method as much as possible. To learn by approaching the problem from a multitude of different ways. I don’t always manage to do this, as I still have my OCD close to heart. Although now I’m probably more OCD in trying to learn one thing through multiple ways 😉

The smart and right way to learn new things

The truth is, there isn’t any single right way to learn new things. What works for me is to switch up my learning, so I don’t focus on one single way of learning. What I do instead, is to try other approaches to practice and learn.

Although this is the smart way, I by no means do it regularly. I find this approach very frustrating because suddenly you have to learn another approach. It’s only after you’ve become good enough to connect the dots that it really pays off.

It’s almost like crossing a sand dune from the sides. The first part is extremely frustrating, you might slide back, and it might be hard to see how much further you have to go. But when you reach the top suddenly everything becomes very easy to understand. 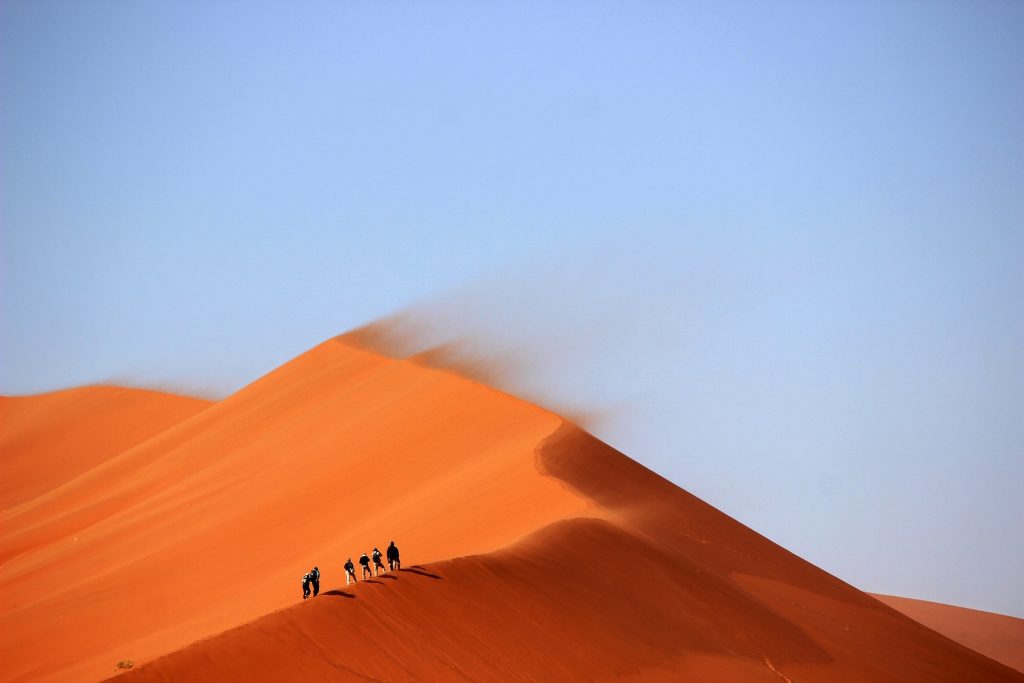 How can you be more effective?

What skills are you currently learning? Can you approach the learning from a different way? I’d like to hear what you learn, and how you approach to learning in the comments below.

So you wanted to get the detailed explanation; brace yourself, this is going to be very technical.

The Hanon exercises are split into 60 short pieces. Think of them as building blocks, you go from 1 to 60, and they build upon each other and increase in difficulty. You begin by playing each piece slowly (60 BPM) and increase the speed to 108 BPM; this is when you’ve achieved mastery of that piece—assuming you’ve played it perfectly. Furthermore, the first 18 pieces combine into groups of three.

(Not all pieces have those tempo ranges, and there are even more pieces that are combined)

For the exercises I decided to use some tips from Henrich Neuhaus, namely to practice a part slowly with perfection, and then play it with increased speed, then play it slowly again.

So my practice routine for a group of three would look like this. I play all three exercises back-to-back in the speed I can manage. Then I play them again with increased speed, and then with original speed. If I didn’t make a single mistake during the whole exercises, I increase the base speed (with 4 BPM) for the next day when I play this group.

The good thing about this approach is that I learn to play perfectly. The problem is that there are certain parts in the exercises that are only played once and they aren’t really a part of the exercises. So often I would practice those parts more than the exercise themselves because it was those that I often made one or two errors during the exercise.

And since I never wanted to play wrong I only focused on that, and not so much how it sounded. I also got frustrated a lot because I could play everything and often just made one minor error.

I had put a restraint on myself; to never play wrong before I can increase the speed. This led me to not be as effective because I practiced the wrong things.

As mentioned in the article, a few years later when I began with the exercises again, I switched my approach. I didn’t have to play perfectly anymore. Instead, when I liked how the exercise went and I felt ready to increase the speed I would do that. I also ditched to only increase the speed (BPM) in intervals of four and increased it between one and four BPM.

If I suddenly got worse or took an extended break, I would decrease the BPM. Before I would hate to do this, but now I don’t worry that much because it only takes a few days to find the correct BPM for my skill.