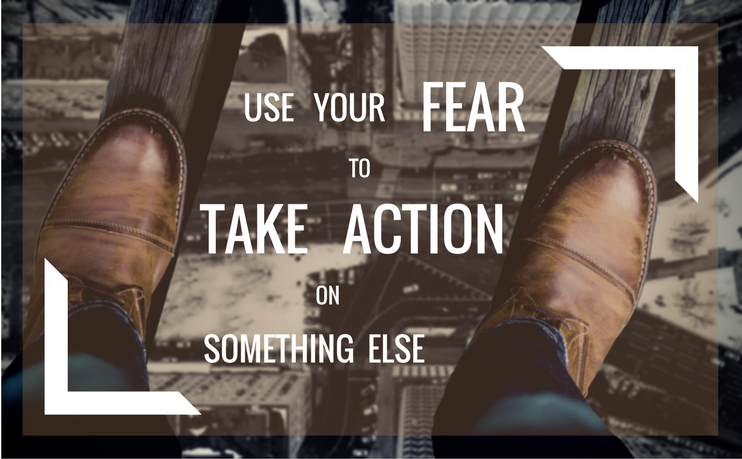 Have you ever found yourself paralyzed by fear, unable to take action? And you’d rather do anything but the thing you fear? I found myself in this situation the previous weekend.

But before we dive into why I found myself paralyzed by fear, I have to give you a bit of a backstory.

I’m in this group, a mastermind group, and every week we set one most important thing that we must complete. The previous week I decided to make my one thing one of the 27 new year resolutions, namely go out and ask strangers if they’d like to have a fika with me (almost equivalent to take a coffee, casually).

Goal of the experiment

The purpose of the experiment was to initiate a conversation with a stranger and challenge my social anxiety. For me, it feels like I seldom start any conversations, not even at social gatherings. And while I struggle initiating conversations, I often enjoy talking to everyone, including strangers. Some of my most memorable conversations have been with strangers.

I once met a famous opera singer who sang worldwide back in the 50s, if I remember correctly. Come to think of it, as I’m writing this I’m sitting on a train taking the same route I did back then.

But I also wanted to use this opportunity to talk to women I found attractive. I wanted it to be a casual encounter, not a date. I just want to be comfortable around everyone, not intimidated, and see everyone’s personality—i.e., don’t focus on trying to be me, rather just be myself.

If we continue to meet and be friends afterward, that’s just bonus 🙂 Not something I’d expect as I’m quite picky with new friends xD

It’s quite simple. I would go around the town approaching women I found attractive asking a script like this.

Hi, I’m doing a social experiment and I’m wondering if you would like to answer two questions? 🙂

(if no, then I’d say: okay thank you and have a nice day)

(if yes, tell them the purpose of the experiment in 30s, then proceed to ask the questions)

1. How many people would you think I need to ask before someone wants to have a fika with me?

2. Would you like to have a fika with me?

(if no, I’d hand them a handcrafted thank you note for participating in the experiment with a url to where the results would be published)

Moreover, I wanted to make this a great experience for everyone I met. I wanted everyone to leave in a happier than before they met me, and maybe even get inspired by the experiment 🙂

During Friday and Saturday, I both feared going out, but I was also excited, excited about the experience and making people feel good. I created handcrafted thank you cards, I visualized the interactions, and everything felt mostly great.

But when I was supposed to head out, I just couldn’t. One hour went by, then two, three, and four hours. I had spent four hours watching anime instead of heading out.

Even though I had an incentive to do the experiment—I would lose all my favorite mugs, some of which my girlfriend gave me—I just couldn’t do it. It didn’t even matter anymore that I would lose the mugs. I would do anything to do something else than the experiment as I feared for what would happen if I did the experiment, even though I knew it wouldn’t be any life-threatening.

I almost beat myself up because I couldn’t do what I set out to do. But I knew that would make the situation worse. So I did something else than the experiment. I turned to my workshop friends.

I discussed the issue in a group chat and asked for their recommendation. After conversing for a while, their recommendations all boiled down to getting to know people in a natural setting—such as clubs and activities—rather than approaching people randomly in town.

That would be more natural, and the learned skill would apply to typical situations.

But I really didn’t want to fail the experiment; I didn’t want to abandon it since I had committed to do it. But as time went by, I was less and less keen on doing the experiment. It felt like it didn’t serve any purpose except to challenge my fear. And as Kristy, a member of the group, said

All fears don’t have to be challenge

I turned to my girlfriend for her advice as she knows me and she might know what I really need, and not what I think I need or want. She basically told the same thing as the friends from my workshop. Thus I decided to skip the experiment.

Using the fear to take action

As all people thought that another approach would serve me better—I trust these people, they’re intelligent and experienced—I decided to call off the experiment. At the same time, I didn’t want to go empty-handed into the mastermind meeting on the next day. Before I decided to cancel the test, I asked the mastermind group if it was okay to change my one thing for the week.

So instead of doing my social experiment, I decided to take on another new year resolution: creating a local personal development group.

I had procrastinated on this task the whole year, although I told myself I’d do it during the summer vacation (which I’m at now). But I, honestly, never thought of creating it during the holiday, but postpone it until the after it had ended.

What surprised me was that it wasn’t hard at all to start a local personal development group. It was a weird sensation, just as natural as brushing my teeth, no resistance whatsoever.

My guess is that since I wanted to do anything else but the social experiment everything else felt easy, really easy. It was then I realized the power of using fear to take action (on something else).

That got me thinking, what if I set two goals or two most important things every week? Both would be things that are important, but one which I fear more than the other. Then I could use the fear of the scariest one to take action on the less scary one. Let me give you an example.

A better example would be to jump from 5 meters or walk along a narrow path at the side of the cliff, with no safety equipment, and with a fall of 15 meters. Suddenly jumping from 5 meters might not be that scary, especially if you can see both options at the same time (one to your left, the other to your right.)

I don’t know how—and if—I can implement this in a way with high success rate. I have to try this idea in another experiment.

But I like the idea of “relative fear” and leveraging it. In the past, I’ve used this approach during presentations. As a person who’ve played a few piano concerts where the eyes are solely on me and where people can hear all except the minor mistakes, this is by far much worse than giving a speech on stage.

What do you fear?

What do you fear doing at the moment? Do you fear something else even more? Can you leverage that fear to complete the easier task?

Please comment below, there’s always so much we can learn from each other 🙂