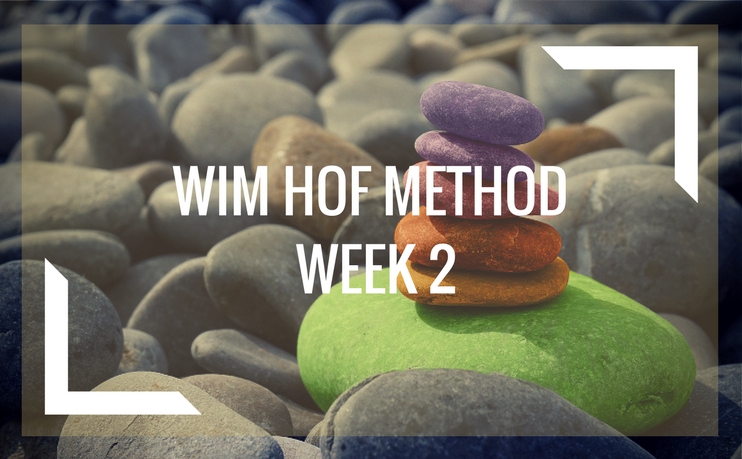 This is the third article in the Wim Hof Method series. I talk how my second week has been and how it was different from the first week.

This is the second week that I have more energy during the days I’ve done all exercises. There has been a day when I got tired at 3 pm even when I did the exercises. So the Wim Hof method isn’t bulletproof.

It’s not only more energy that has fascinated me. I don’t feel the effects of the winter depression that’s common here in Sweden if I do all exercises. I find that really fascinating.

Not everything has been going great though. I’ve only found it marginally easier to resist the cold outside. I would’ve loved to be able to go outside without gloves. But that’s not realistic, it has only been two weeks and I haven’t learned to regulate my body temperature yet.

As I’m writing this I remembered that there is a Q&A section in the course—which by the way is really good. So I checked there for any information on cold hands and feet. There was actually an entire exercise to get rid of could hands and feet 😀 I’m not sure if it’s practical to do in my apartment (it requires ice cold water). But I’ll definitely try it if I can figure out a solution 🙂

Besides knowing why they are good to do I’ve found a technique that doesn’t make me gag at the end of each cycle. Or at least not as often as I used to do 😛 The second week introduces a new push ups exercise; doing push ups after the fourth and last breathing cycle while holding your breath with air in the lungs.

Yesterday I had an interesting experience. I had gag reflexes on my last three breaths of the fourth breathing cycle. And when I got down to do the push ups I was sure the attempt would be my worst so far. I was pleasantly surprise to the fact that I set a record of 28 push ups without breathing.

The cold shower became more challenging this week since I was taking longer showers. I like the challenge though, it was way too easy for the first week 😛

I also feel colder after the shower now. I don’t really mind, but it gets me wondering about the 4 week cold exercise challenge: to shower in the cold for 10 minutes straight.

That got me asking, how cold is ideal for the exercises? I checked the Q&A video section and he mentions that there isn’t one optimal temperature. Instead, go with what you have and listen to your body 🙂

Today is a sick day for me, meaning I won’t do any exercises today and not tomorrow either if I’m still sick. Yesterday I felt like I was getting a cold, and the throat didn’t feel so great after the breathing exercises and the cold shower. So I decided to put the exercises on hold until I’m well.

I will definitely continue with some of the exercises after these 10 weeks. I won’t do the full exercise, but create my own routine. But I’m fully committed to continue with the exercises. Because the Wim Hof method delivers on energizing me throughout the day. Not to mention getting rid of the winter depression 🙂

I don’t like that the exercises take up lots of time in the morning, 30 minutes + cold shower to be exact. I’d love to have the time to go to the gym in the morning. I should probably rephrase that; I would love to do both the Wim Hof and gym exercises in the morning without having a 2 hour morning routine. So in the future, I will create my own 15–20 minute routine instead 🙂